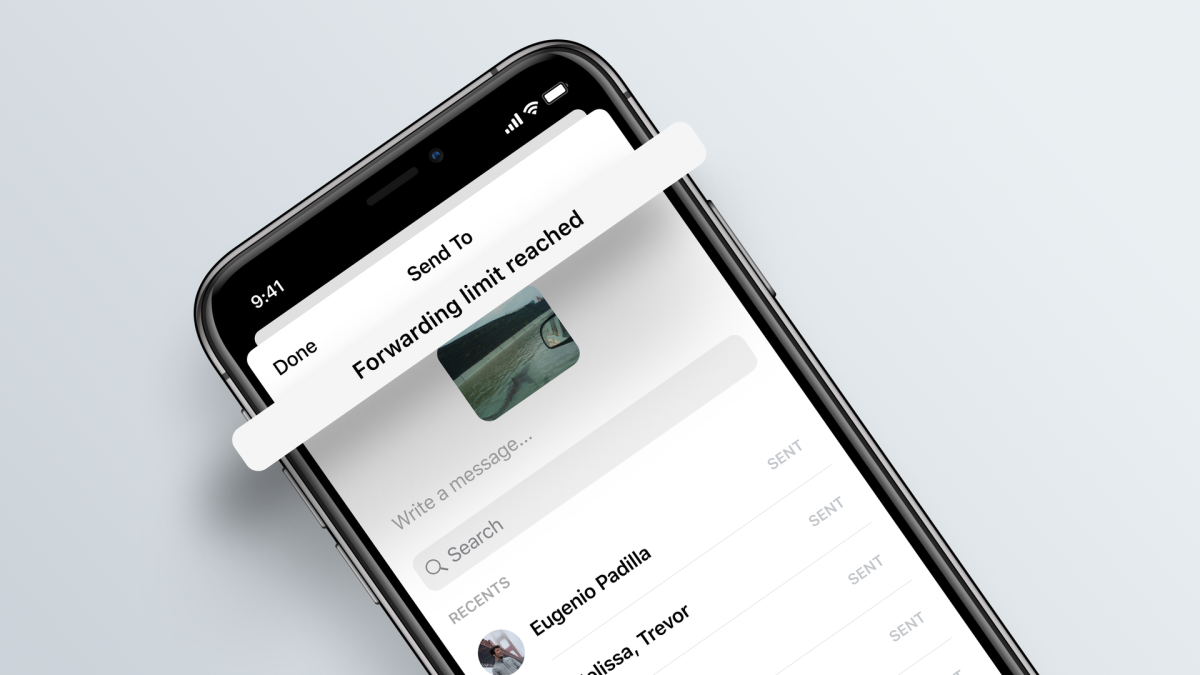 When WhatsApp introduced a cap on forwarded messages, it claimed that fake messages came down by 70%. Perhaps buoyed by that experience, Facebook, which owns WhatsApp, is now following suit.

Facebook is introducing a forwarding limit on Messenger. It says a message can only be forwarded to five people or groups at a time now. Facebook expects this to slow the spread of ‘viral misinformation and harmful content’.

The move comes on the back of a surge in spread of misinformation around the Covid-19 pandemic and election in the US.

The new feature is now live in a few countries, and by September 24 it will be live for users across the world.

Yet another layer of protection

Facebook says it has taken steps to provide people with greater transparency and accurate information.

In a blog post, Jay Sullivan, Director of Product Management, Messenger Privacy and Safety, said: “We are introducing a forwarding limit on Messenger to help curb the efforts of those looking to cause chaos, sow uncertainty or inadvertently undermine accurate information”.

This new feature provides yet another layer of protection by limiting the spread of viral misinformation or harmful content, and we believe it will help keep people safer online, he added.

Facebook Messenger has more than 1.5 billion users around the world, and it’s probably the second most popular messaging app in the world after WhatsApp, which has 2 billion users on its platform.

As fake news threatens to tear asunder social exchanges, media platforms are under extreme pressure to crack the whip. Facebook recently had to remove seven million posts with COVID-19 misinformation, including a post shared by President Trump.

Facebook is also planning to ban new political ads in the weeks before the US election. It has also launched election and corona virus info centers.