At Disrupt, YC’s Anu Hariharan, Initialized’s Garry Tan, and GGV’s Hans Tung will tell you how to raise money in a dumpster fire 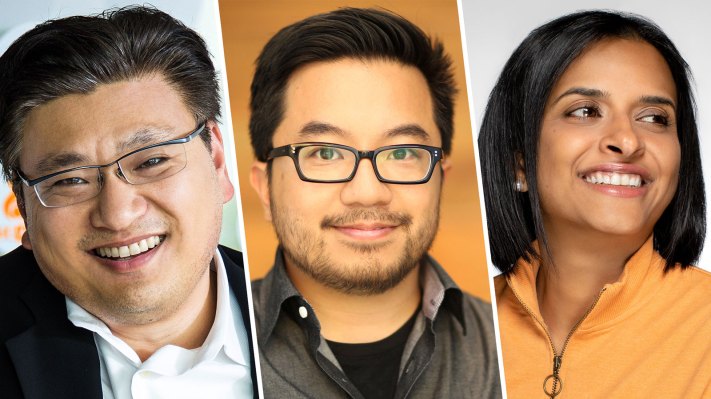 As this pandemically perverse year draws to a close, there’s one thing that’s certain. Everything has changed — at least a little bit.

The U.S. is still grappling with a virus that it has yet to control and a vaccine, once it’s discovered and proven to be effective will take months to be distributed throughout the population. That means the virtual, socially distanced reality that has become the new normal will remain that way for at least a little bit longer.

But what does that mean for startup entrepreneurs who traditionally needed to pound the pavement, shake hands, pass out decks and run the gauntlet of Sand Hill Road or South Park to get financing for their new companies?

Well, if you’re coming to Disrupt (and you should) you’ll hear some fundraising tips and tricks from Y Combinator’s Anu Hariharan, Initialized’s Garry Tan, and GGV’s Hans Tung on how to raise money during these interesting and nerve-wracking times.

The advice is coming from some of the best investors in the industry.

Hariharan most recently worked at Andreessen Horowitz before joining the Y Combinator investment team as a general partner in the Continuity Fund, where she led investments in Boom, Brex, Convoy, Gusto, and Instacart.

And Garry Tan, who co-founded Initialized Capital with Alexis Ohanian in 2013, has backed early stage companies like Coinbase, Flexport, Instacart and Cruise. Before Initialized, Tan was a partner at Y Combinator where he advised and invested in over 1,000 companies. In a previous life, Tan co-founded the YC-backed company Posterous, which was acquired by Twitter, and was an early engineer at Palantir — even designing the company’s logo.

Rounding out our panel is Hans Tung. He’s currently sitting at number ten on the Forbes Midas list, is ranked as one of the top venture capitalists by The New York Times and CB Insights, and has a decades-long career investing in technology companies on at least three continents. At GGV Hans has invested in 16 unicorns including: Affirm, Airbnb, Bytedance, Coinbase, Lime, Meili, OfferUp, Peloton, Poshmark, Slack, SmartMi, StockX, Udaan, Wish, Xiaohongshu, and Xiaomi.

These folks can navigate the choppiest of investment waters and certainly have thoughts on how to access capital that can douse the dumpster fire of these terrible economic times.

Disrupt 2020 runs from September 14 through September 18 and will be 100% virtual this year. Get your front row seat to see O’Brien live with a Disrupt Digital Pro Pass or a Digital Startup Alley Exhibitor Package. We’re excited to see you there.