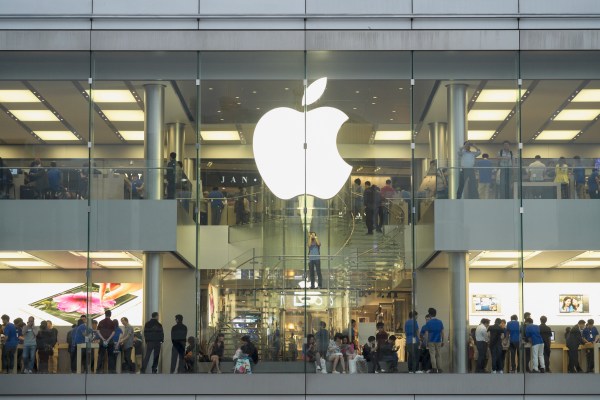 After Beijing unilaterally imposed a new national security law on Hong Kong on July 1, many saw the move as an effort by Beijing to crack down on dissent and protests in the semi-autonomous region.

Soon after, a number of tech giants — including Microsoft, Twitter and Google — said they would stop processing requests for user data from Hong Kong authorities, fearing that the requested data could end up in the hands of Beijing.

But Apple was noticeably absent from the list. Instead, Apple said it was “assessing” the new law.

When reached by TechCrunch, Apple did not say how many requests for user data it had received from Hong Kong authorities since the new national security law went into effect. But the company reiterated that it doesn’t receive requests for user content directly from Hong Kong. Instead, it relies on a long-established so-called mutual legal assistance treaty, allowing U.S. authorities to first review requests from foreign governments.

Apple said it stores iCloud data for Hong Kong users in the United States, so any requests by Hong Kong authorities for user content has to be first approved by the Justice Department, and a warrant has to be issued by a U.S. federal judge before the data can be handed over to Hong Kong.

The company said that it received a limited number of non-content requests from Hong Kong related to fraud or stolen devices, and that the number of requests it received from Hong Kong authorities since the introduction of the national security law will be included in an upcoming transparency report.

The report also said that Apple received 5,295 requests from U.S. authorities during the second half of last year for data related to 80,235 devices, a seven-fold increase from the previous six months.

Apple also received 4,095 requests from U.S. authorities for user data stored in iCloud on 31,780 accounts, twice the number of accounts affected during the previous six months.

Most of the requests related to ongoing return and repair fraud investigations, Apple said.

The report said it received 2,522 requests from U.S. authorities to preserve data on 6,741 user accounts, allowing law enforcement to obtain the right legal process to access the data.

Apple also said it received between 0-499 national security requests for non-content data on between 15,500 and 15,999 users or accounts, an increase of 40% on the previous report.

Tech companies are only allowed to report the number of national security requests in ranges, per rules set out by the Justice Department.

The company also published two FBI national security letters, or NSLs, from 2019, which the company petitioned to make public. These letters are subpoenas issued by the FBI with no judicial oversight and often with a gag order preventing the company from disclosing their existence. Since the introduction of the Freedom Act in 2015, the FBI was required to periodically review the gag orders and lift them when they were no longer deemed necessary.

Apple also said it received 54 requests from governments to remove 258 apps from its app store. China filed the vast majority of requests.